How My Wife And Her Friend Took Control 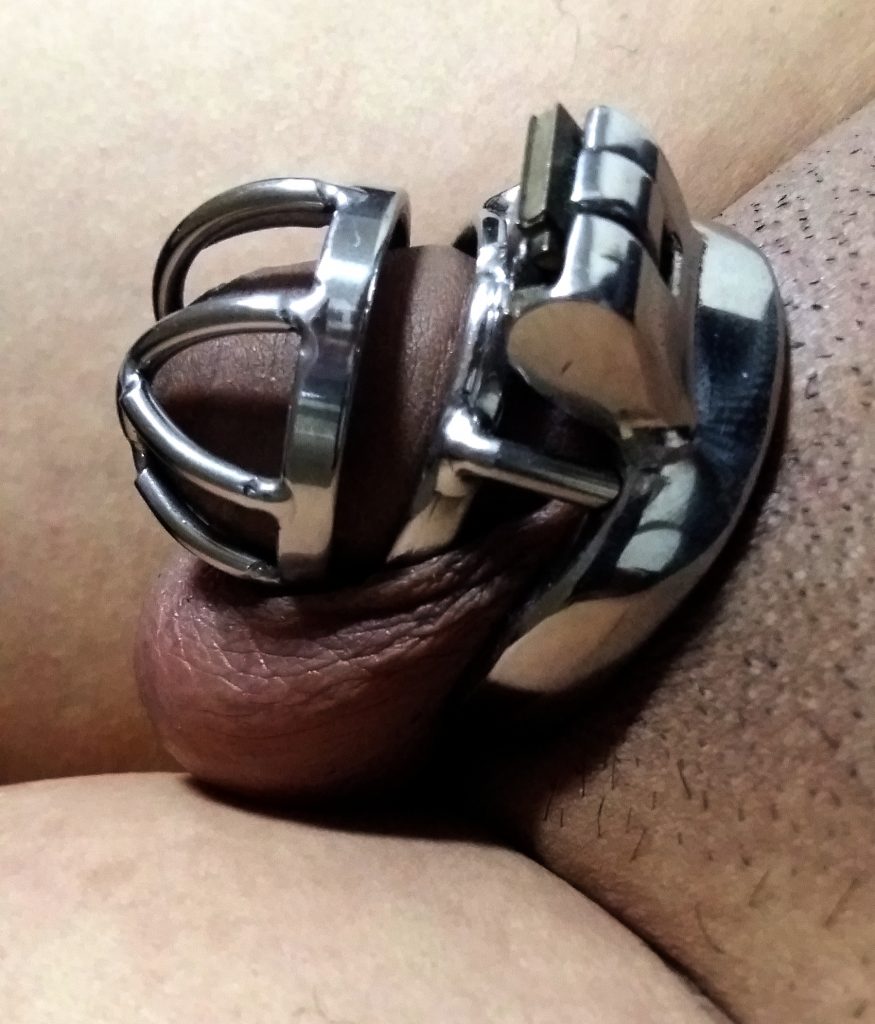 It was just a test.” my wife said.

“And you failed terribly.”

a week ago Angie (my wife) left to go shopping leaving me alone. I hurried upstairs to our spare bedroom window just in time to see our divorced neighbor Jill strip down to her skimpiest bikini near her pool in her back yard. my cock was in my hand in a second. She was a gorgeous 32 yer old woman and I just couldn’t get enough of fantasizing about her.

Suddenly the phone rang. It was Angie asking me to take some sunscreen to Jill next door. It seemed she didn’t have any and called Angie to borrow some. I pulled on my sweat pants and a t-shirt and the sunscreen hoping that Jill would ask me to apply some on that golden brown almost naked body.

Well she did exactly that. i was practically drooling as I rubbed my hands all over her hot body. she stood up and turned her back to me and my hands went around her to cup her breasts. My erection was pressed against her ass and as my hands slid under her top. she gasped then my right hand slid down and into her bikini bottom. She was baby smooth down there. Her head fell back onto my shoulders just as I found her pussy.

“Angie ME!” a voice behind me screamed.

An hour later I was standing in the living room in front of the two women. i guess I had no defense and was told to just SHUT UP every time i even tried to speak.

“You’ve been spying on her all summer long.” Angie said.

“You don’t think I don’t know what those stains on the carpet are from?”

“You have two choices here.” she continued.

“Pack up your shit and get out, or accept your punishment.”

The punishment she spoke of was a result of her doing some spying herself. She found some of the fantasy sites I’d visited on my laptop. Two weeks ago after J

Jill moved behind me and placed my wrists in handcuffs from my toybox in the bedroom. Angie stood in front of me with a chrome steel chastity device. The one I placed in my favorites on my computer.

Blushing and totally embarassed in front of both of them i had nothing to say. Angie grabbed my cock and started shoving it into the steel base ring.

“The one you were drooling over on line called for a 1 3/4 inch ring. This one is the next size smaller. I know it’s going to be tight but maybe in a month or so I’ll change it to a bigger one.”

Tight was an understatement. i’m not exactly a small person and it took a bag of ice to get me soft enough to get the cage on. Jill was standing back watching and giggling. I was fighting back the tears trying not to cry as Angie stuffed me into the cage and the click of the padlock was deafening.

Jill stepped up then and cradled my balls in her sexy hand and my poor cock trying to get hard was screaming in agony. Angie handed her one of the two keys and hid the other one somewhere in the house.

“Your jacking off days are over too.” Angie added.

That was two weeks ago and every time i bring up the subject of my punishment Angie adds another day. Jill spends alot more time at our house now. Sometimes topless in that teeny tiny thong bikini she has, other times in as little underwear and lingerie as she can manage. Angie walks around topless because she knows how much her beautiful breasts and rock hard little nipples drives me crazy.

ME? I’m naked all the time with my cock in a cage fully exposed. The ladies sit around the house with their legs spread wide, often naked with me sitting between their legs on the floor just staring at two f the most delicious looking pussies in the world.

I go down for marathon oral service to my wife often several times a day and she teases me with the idea that I should do the same for Jill as well. So far it hasn’t happened but i want to so badly it hurts. Jill brings me to within an inch of her pussy and even fingers herself in front of me and giggles at me pained expressions. Denying me is the sweetest torture.

Only last week Angie announced that she and Jill have become quite intimate. I think I’m going insane just imagining it.

“I guess we don’t really need that anymore.” she said pointing at my cage.

I watched as she handed Jill the second key. Jill placed them into one of those plastic easter eggs and filled it with rocks then glued it closed. i can’t swim and i watched on horror as Jill dropped my keys into the deep end of her pool. Angie announced that since we were so far behind in our mortgage and she called my boss to quit my job we were moving into Jill’s paid for house next door and I was going to be a full time house boy.

I don’t have to spy on Jill anymore. I get to see her everyday kissing, laughing, loving and sleeping with my wife like two school girls.

Only last night Jill suggested to Angie that they widen their circle of friends.

“It wouldn’t hurt to introduce your hubby to some new people.’ she laughed.

“What do you think dear?” Angie asked.

I didn’t answer because of the panties sealed in my mouth with duct tape to keep me from begging and complaining. I just looked down at my poor cock trying to get hard just thinking about it.