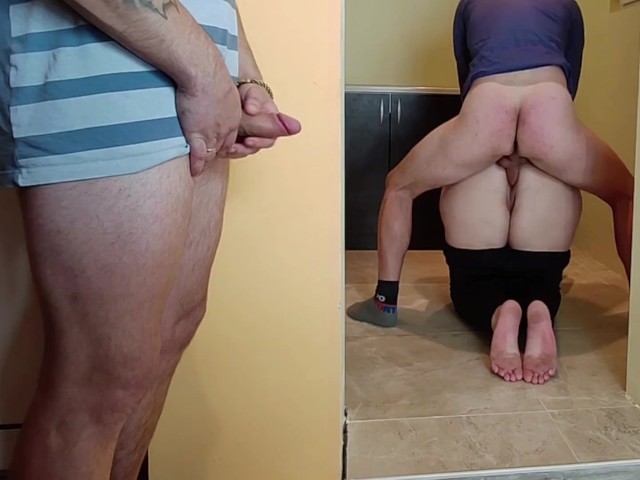 Because the rolls of bull and Dom are different, as I define them, I will refer to the role of the outside male as the ‘stud’.

For those who haven’t read my definitions, a bull is primarily only interested/involved sexually whereas a Dom is an experienced dominant who is prepared to explore this lifestyle on a deeper level. Doms can be bulls, but not the other way around.

cuckolds must not expect sex (intercourse) on their terms

cuckolds must adopt proper behavior toward their wife’s stud

discipline is not the same as punishment

discipline reinforces both the dominant and submissive roles

I understand that the material I present here may present a challenge to many couples in terms of implementing them on their own and I expect that, but want you to have a better understanding of it.

By definition, a cuckold’s wife is free to make her own choices about her sexual partners. In relationships with studs, she may have given him that authority.

Cuckolds may try to bargain with their wife to restrict her choices and that’s ok, to an extent; extra consideration should always be used when considering a coworker or friend to include in your lifestyle play, but outside those types of considerations.

never touch himself in the presence of others without permission

In many cases, wives avoid exciting their husband for fear he’ll want sex if she does. In relationships where sex isn’t satisfying between you and your husband, you understand what I mean.

As soon as you establish that sex cannot be expected merely because they have an erection, you are opening the door to increased physical contact and intimacy.

Even though your husband may find it annoying to be teased and left twitching often, you’ll find he prefers such treatment to enjoy the sensation of your touch and the satisfaction of pleasing you with his penis.

Why restrict intercourse? It’s a complex issue and though most cuckolds will tell you they would never ask to have their sexual access to their own wife restricted, virtually all of them will agree that it heightened the experience for both them and their wife when it’s done.

Specifying a ratio: every time the wife enjoys coupling with her stud, the husband gets to do the same. a 3:1 ratio or more is recommended.

a roll of dice can determine a number which is then used to determine:

having to ask in person for permission

One or more of these methods can be applied to establish expectations for both husband & wife as well as their stud, be he Dom or bull.

Respecting a wife’s stud is not only expected due to the cuckold’s role, but can also add greatly to a stud’s level of comfort with that role.

A stud should always earn the respect of the couple they are with, so if yours does not, get rid of him.