Is He Ready For a Male Chastity Piercing? 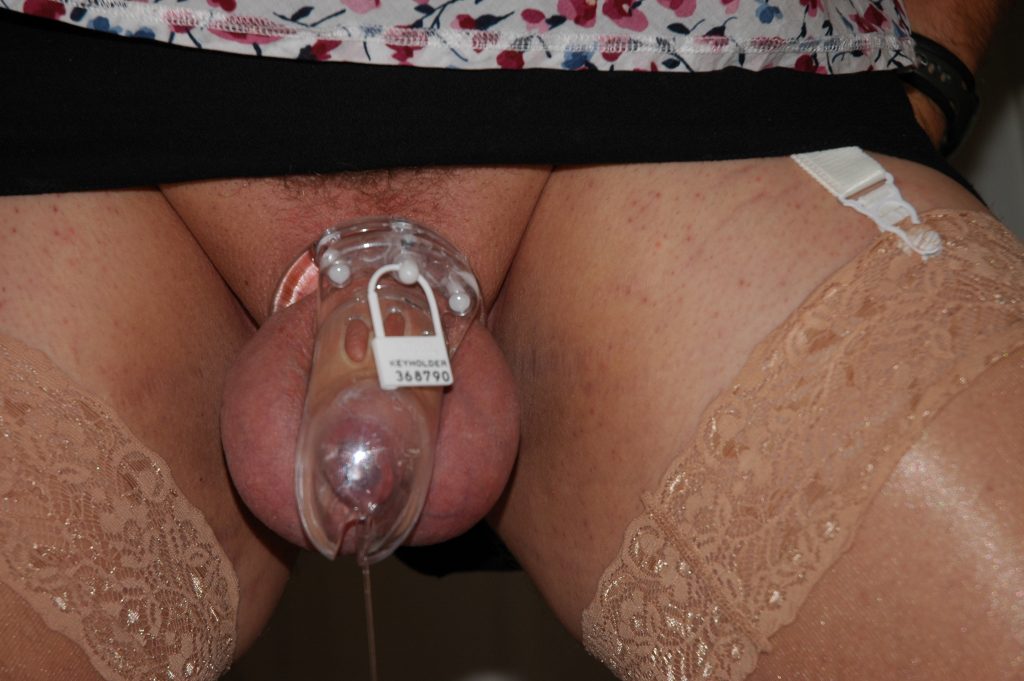 As the male becomes more accustomed to being
locked up for extended periods of time and accepts his status of male chastity,
a natural move toward permanent male chastity will take place.

When this threshold is reached, it may be time for male chastity piercing. Having his dick pierced will take the the concept of permanent male chastity from fantasy to reality.

Although a typical male chastity device is fairly secure when fitted correctly, some men become quite ingenious when it comes to escaping from them when left alone.

When a female keyholder finds that unsupervised and unauthorized ejaculations are taking place, despite
being under lock-and-key, it’s time for HER to get him a male chastity piercing.

Some male chastity devices are designed to be used specifically with a chastity piercing, such as one of Mistress Lori’s secure, stainless steel devices or a PA-5000. There are, of course, many others.

Before you decide on a particular chastity device, you will want to consider the different types of chastity piercings. 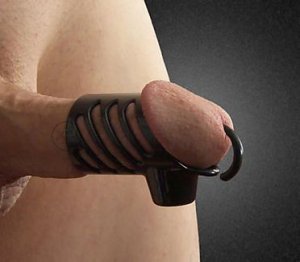 The Prince Albert, or PA piercing is the most popular male genital piercing,
especially for chastity devices. A PA runs through the urethra and then exits
out the bottom and rear of the glans.

The PA is a simple piercing for the practitioner and the least painful for the man being pierced. Healing time will
typically take from four to eight weeks. Expect some bleeding at first. 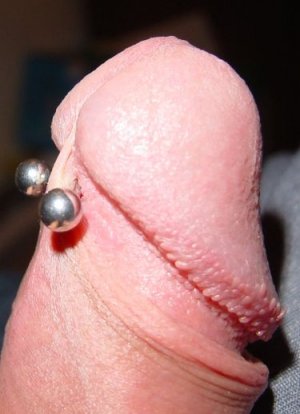 Some men will prefer a frenum piercing since, unlike a PA, it does not
penetrate the urethra allowing any urine to exit like the PA. Sitting down to urinate will not be required with this piercing.

Healing time for a frenum piercing will take from two to six weeks. An ample healing period for both of these two chastity piercings should be allowed before
installing the chastity device.

It is not uncommon for the male to get hard during the measuring and marking part of the piercing procedure. This will be especially true if the piercing is performed by a female practitioner.

To achieve maximum humiliation and embarrassment for the man, his female
keyholder should plan to attend the piercing and specifically request a female practitioner. SHE should make it crystal clear to the piercer that the procedure is
being done strictly for a male chastity device. 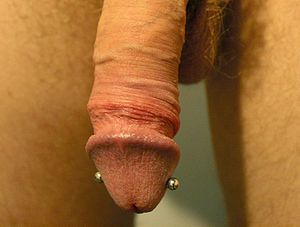 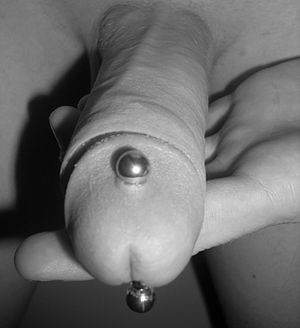 The apadravya piercing is done vertically through the glans. It
is essentially two PA piercings, a conventional one at the bottom and an additional piercing from the top.

Both are advanced type of piercings requiring a well qualified piercer. They will require from two to six months to heal, sometimes longer.

Neither of these piercings should be entered into lightly. Piercing directly through the center of the glans can be quite painful, much more so than a PA or frenum piercing.

For most male chastity piercings, either a Prince Albert or frenum piercing will be the perfect choice to keep him securely locked up. All unauthorized and
unsupervised orgasms become a thing of the past.

His pent-up and stifled sexual energy can now be funneled and focused on precisely where it should be; on making HER life more pleasant and enjoyable.

If you’re ready for a male chastity device, you can find one
right here.