Why is the CB 6000 the Most Popular Male Chastity Device? 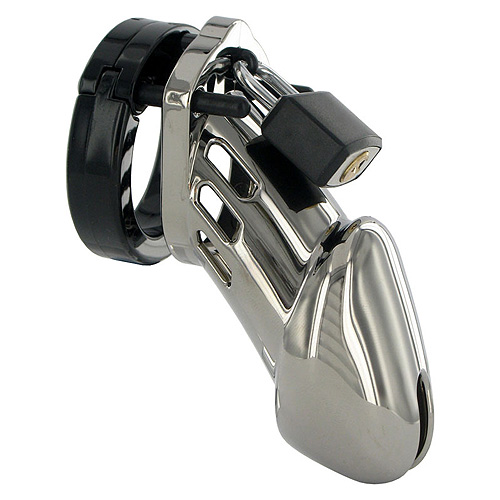 When the CB 2000 was first first introduced back in
the year that bears it’s name, the approach to male chastity devices would never
again be the same. No longer was it necessary to order an extremely expensive, custom sized, chastity belt from Europe.

The unsanitary and insecure chastity devices made from leather were now seen
as the joke that they were. The same could be said for the the ill-fitting and
very uncomfortable metal cages that were then on the market.

The CB 2K changed everything!

The ‘Curve’ was added to the CB line of male chastity devices soon followed
by the CB 3000, which will probably go down in chastity cage lore as the most popular
chastity device its time.

But when times change, ideas evolve and improvements are made, what you get
is the ultimate (or pretty damn close to it) male chastity device.

The CB 6000 is the rewarding result of 12 years of evolution from the simple
yet effective concepts of it’s predecessors.

The CB6000 currently holds the title of the most popular and best selling male chastity
device in the world.

And there are several good reasons as to why this is true.

With it’s evolutionary roots going back more than a decade, the CB 6000 is a
tried and true, real-life-tested, male chastity device that won’t break the budget.

The CB6000 is pretty much the BEST choice you can make. Look through

8 thoughts on “Why is the CB 6000 the Most Popular Male Chastity Device?